Note:  The following post was prepared as an opinion piece for a New Jersey media outlet.  While the references are NJ focused, the issues are universal and the suggestions for action apply to any of the states I have visited in my consultant/coaching work. 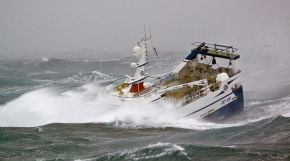 A Perfect Storm is brewing as we see an increasing number of conditions threaten the existence of our system of public education as we know it … and this might not be a bad thing.

The current discussions, proposals, negotiations about the revision of the funding formula here in NJ are a distraction just as they are in other states throughout the country. We are wasting valuable time and resources discussing ways to more equitably, more fairly, more effectively fund a system of education that no longer meets the needs of the majority of American learners. We are watching the world as we have come to know and, sometimes, understand it change before our eyes.

Who could have predicted Uber? Or Amazon? Or Facebook? Who could have predicted that in the 10 years since the announcement of the iPhone our entire means of communication would be upended? Retail chains that have been a part of our lives since we were children are closing. And we are stuck arguing over the funding of a system in which the latest Gallup survey on student engagement reports that by 11th grade, over one third of our students are actively disengaged in school! And our response… almost 30 years of school “reform” based on the development, implementation and assessment of ever more rigorous standards with no significant gains in achievement, declining faith in our system of public education, and continued declines in student engagement.

Imagine a board meeting of Walmart directors facing such results and saying, “Damn, what we’ve been doing isn’t working, let’s do more of it.” But wait, isn’t that what Sears did, what Macy’s doing? Isn’t that what we’re doing with our school funding discussions? Our goal? Let’s make the funding formula fairer. Of course we should make funding formulas fair.  Who would argue in favor of less fairness?  But for the record, we’ve tried that and we’ve demonstrated that (a) we can’t do it and (b) it continues to be an exercise in trying to do the wrong thing better.

Developing a better funding formula so that we can continue our attempts to make schools better is not terribly different than Sears relying on better floor displays and marketing to address changes in the buying habits of their former customers. More floor space and attractive displays were an ineffective response to the convenience and pricing of Amazon and other on-line retailers. Funding the current version of schooling is no better.

Finding a more equitable means of funding schools that serve the needs of a declining “client” base and don’t serve the needs of far too many is a untenable direction. Thinking that various choice options that are now being discussed with greater receptivity provide a better answer is just a sign of our continued commitment to asking the wrong question. Bad questions rarely yield good answers. We have been trapped into responding to bad questions regarding the sustainability of our schools for far too long now. It’s time to move beyond them.

We are beginning to see more creative and productive options. We are seeing these at all levels of learning? What do these look like? In almost all instances, they continue the commitment to concrete – i.e., physical – centers for learning. But they also recognize that a solution based on a refinement of the current organization and structure of schools is no longer either sustainable or effective in meeting the needs of students, families, and the economy as they have emerged. They challenge the notion that all learning that matters must occur within the walls of a school building. They challenge the notion that what is worth learning has been defined and determined by “knowledgeable” adults and is best organized by discrete content and with learners of similar ages. They challenge the notion that teachers deliver information to be learned. They engage their stakeholder communities in discussions and explorations. They make use of learning centers, both physical and virtual, to support expanded choices for learners.

To date these have occurred on a small scale, largely beneath the radar. Without some diligent work you might never encounter the successes of the Big Picture Schools, AltSchool, The Apollo Program, St Benedict’s Prep, the Design Studio, etc. Each of these programs provides an example of one or more responses to the challenges listed above. They represent alternatives to the current system of schooling. They bear witness to a reality that schools don’t have to look as they have for the past hundred years. They need not adhere to the organization, the structure, the staffing and the delivery system of the past. Bringing them to scale as viable alternatives will require some considerable “unlearning and some intentional action.

I have spent more than 50 years in education. In that time I have worked at all levels of schooling (K-12 through graduate school). I have served as teacher, administrator, union leader and negotiator. For the past 10+ years I have traveled throughout the country visiting and supporting schools and school districts. Like many of us, I have heard seemingly endless cries for innovation, better teaching and more creative leadership. And I have learned that we continue avoid conversations about the “on the ground truths” – those things which demand change but remain unspoken and unchallenged. Here’s a start.

Revise the mission of the state department of education away from its current role of compliance monitoring. If “innovations” are deemed acceptable to the agency only to the extent that they perpetuate adherence to learning that is school centered and organized according to traditional school programming, we can’t be surprised by the lack of genuine innovation.

Lastly, it is time to open discussions and responses to what is widely regarded to be a dysfunctional relationship in the governance of school systems. Analyses of successful responses to change continue to reveal that cultures of positive relationships, trust and transparency are fundamental and causal to the introduction and success of innovative practices and institutional change. At the same time, it has become unusual for new superintendents to complete the three year term of their initial contract. It is well past time for the organizations that represent boards of education (NJSBA) and chief school administrators (NJASA) to engage in meaningful discussions aimed at the development and maintenance of of productive, collaborative and sustaining relationships between board members and superintendents.

The challenge facing our state and others throughout the nation is not rooted the state’s funding mechanism. It lies in dealing with realities that we have chosen not to confront. It lies in continuing to insist that “we can’t” when we really mean “we won’t”. We have demonstrated in the years since Abbott v Burke that the issue of improving the learning experiences for our children is less related to funding formulas than it is to our unwillingness to look beyond what we have always done for solutions. We remain “married to malls” when malls are dying.