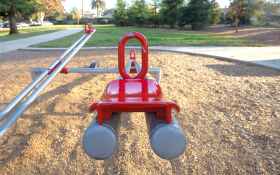 Photo by Mike Anderson on Pexels.com

This piece started out as a continuation of an exchange between members of the Modern Learners Community in response to a video clip, “What Is School For?” It’s gone viral and is really worth the look.

As the piece evolved I decided that it went beyond the topic of the thread and decided it might be better to share it here.

Spoiler alert: This is not my usual thoughtful and somewhat measured reflection.  This one is rooted in emotion.  Emotion that stems from our inability to move beyond what we have all learned in and about school.  I was tempted to substitute “unwillingness” for “inability”. But in my career as a teacher, administrator, state department mucky-muck, and consultant, I’ve met too many folks who care deeply about kids to be that casual about the use of language.  But be warned right now. Before the end of this piece I will seriously challenge that caring.

Here’s the exchange that inspired my decision to write this.  It begins mid-thread with my response to a question/comment about change in schools and the video clip linked above. It continues with a response by Bruce Dixon, one of the founders of Modern Learners and a life-long educator who lives in Australia.

Rich…Am I correct in thinking that large scale change in existing schools has occurred largely as a result of the need to implement state mandated (or heavily subsidized) direction/regulations? Pessimist that I am, I see no large scale adoption of Modern Learner principles without significant external pressure.

Bruce…Your last question raises many others Rich. I fear your observation is correct, so maybe the problem isn’t that the majority of educators don’t know that change is needed, but rather do not know, or will not face up to the fact that tweaking is not the answer?

Rich…Bruce, I’m thinking of a variation of your observation.   I think your response touches on something very important.

And so on to the blog…

Educators have had an extensive and highly effective indoctrination/apprenticeship program – at least 16 years of schooling before entering the profession and then x years of reinforcing experience within the system.  This has been an exceptionally effective way to have people internalize the norms and practices of any system.  So what if, based on their experiences, the majority of educators can no more envision the need for substantive change in the system they know than our great grandparents could see the need for anything more than slightly faster horses? At that time, they certainly couldn’t envision that what was needed was a metal box with four wheels and an internal combustion engine.

Is this example so different from teachers and school leaders who don’t can’t (my deliberate substitution of a different word) recognize the need for change or can’t accept that tweaking (making small improvements) isn’t the answer?

How did Henry Ford overcome the resistance to the drastic difference between the status quo and a horseless carriage? Moving closer to contemporary times…how did Sony convince so many of us that we needed a Walkman? How did Apple make it hard to conceive of leaving home without our cell phone?

Relating this to making change happen, I‘m thinking it’s about need creation.  An increasing number of the things we “want” are the direct result of very sophisticated process of need creation. Needs and wants are created and sustained via emotional connections. Advertisers understand this all too well. For example, I’m fearful about my deteriorating memory and Prevagen can remove this fear.  Even knowing the manipulation of my fears, it’s tempting to head out to my local pharmacy.  (At least it was until I just read that the FTC has labeled the advertising a hoax.)

I don’t want to beat this to death.  If the need creation concept resonates, I’m sure we could fill a few pages with additional examples. The key question for me is: How can our experience with need creation through advertising inform us in the development of a movement away from our test and punish culture to one which is focused on kids’ needs and their development as healthy, thoughtful and caring creators of a story that moves us beyond our current time of separation and fragmentation?

I believe that “the reform movement” was a response to need creation.  The need was created through an intentional appeal to fear (see introduction to A Nation At Risk) and the connection between student performance and national security (See also federal response to Sputnik and the emphasis on threats to the nation… NDEA and the focus on math, science, and foreign languages).  NCLB, Race to the Top, ESSA, etc. are simply continuations of the fear-based problem definition/problem solution begun after Sputnik.

Much of the attention on moving away from “schooling” is based on a focus on learning. But if teachers labor in a system which measures, values, and evaluates based on content based goals and expectations, why would we be surprised and/or disappointed with their lack of engagement in yet one more change, program, fix, etc., especially one which asks them to reject most, if not all, of what they have experienced and internalized about what happens in schools?

What if the way to build change momentum lies in a need creation that defines the benefit not in terms of what is/isn’t good for kids, but rather in terms of the impact on a nation’s security and economy? But what about the needs of kids? Yeah, what about them?

As a nation we have consistently demonstrated that we care for kids more in the abstract than in the concrete.  How can I state that?  Here’s how.  We have already demonstrated that, rhetoric to the contrary, we really don’t care that much about kids.  We have cities filled with black and brown kids in poverty. We have kids killed in our streets. We have kids killed in schools. We place children in concentration camps when they or their parents are caught trying to seek refuge in our country. We have a dramatic increase in kids in schools presenting symptoms of stress, anxiety, and depression.If we can continue to allow/tolerate such violence being visited on our children, what’s to give us confidence that changing school because it’s good for kids is a likely future?

As I write this and rewrite it multiple times, I realize that what we haven’t done as educators reaches far beyond whether we should focus on teaching or learning. It involves revisiting our commitment to our children. It involves supporting the actions of caring teachers, administrators, policy makers and students to do the right thing.  It involves the creation of physical and emotional spaces where each and every adult and child can feel safe, loved, and empowered to discover and be the person they are meant to be.

I’ve been blessed to have the opportunity to work with many caring adults and wonderful young people.  And yet… and yet I realize that I missed so many opportunities to demonstrate that kids matter… so many times I thought of my own or other adult conveniences.  A tipping point for me took place on the boardwalk in Ocean City, NJ at a post-Parkland rally/demonstration where with a small group of friends we gathered along with a few hundred others to support efforts of students to speak about the ravages of the violence they had experienced. As one of the students spoke passionately and eloquently, I was moved to tears.  My wife asked if I was OK.  I nodded and said I had spent much of my life wanting kids to be able to have the confidence and courage to do just what the young lady was doing.  What she said mattered.  She mattered.  In this time of camps and tent cities for separated children, I believe we have to model the confidence, caring and courage to support and inspire our children to rise above such insanity.