Hello again. It’s been a while. 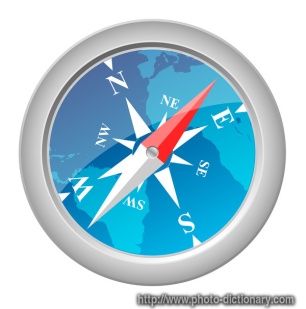 Today begins a new chapter.  I’ve been stuck in a loop.  Confronted on an almost daily basis with behaviors and news reporting that treat ratings and factual information with equal value, I’ve had a hard time focusing just on things related to education.  What time I found, I’ve been spending participating in an online change school community.  It’s been a great experience and most times it has been a welcomed pause from the noise in my head… noise that left me asking big question like who have we become and who do I want to be?  But sometimes the distraction of the education conversation isn’t enough. Thankfully. It shouldn’t be enough.  As with a growing number of folks, I found myself thinking that if we can’t decide what to call the places where we are housing detained, separated families, we’ve been asking the wrong questions.

When I found myself fantasizing about being the lone person who stood in front of the tanks in yesterday’s DC parade, I realized that I needed to do something.  I recalled the commencement address commencement address by Dr. James Ryan for the graduates at the Harvard Graduate School of Education in 2016. If you haven’t already checked him out from previous mentions in this blog, I urge you to do so. He suggested that while people might expect Harvard graduates to have answers, they would be far more successful if they learned to ask questions… he offered 6 critical questions.

I realized that we’re looking once again for a presidential “messiah” to provide us with solutions that we like… solutions that far too frequently have no sound problem analysis behind them. Solutions that offers fixes without ever exploring why we are where we are… why we are arguing over the names we should use for facilities housing separated children.

So for a while I’ll be trying to bring some questions to a larger audience.  To do this, I’ve decided to double post my efforts, both in this blog and on my Facebook page.   Here’s the first post…

My best friend in high school once suggested that my mom, who was known to be talkative, apparently had a goal to talk to everyone in the world…twice. And she might be on her second time around!  Some of my more charitable friends have suggested that my inability to shut up is genetic.  This is by way of introducing a new venture for me… A new use of my Facebook page and blog.

We are recognizing that things aren’t going well.  Some people voted for the current president for that very reason. Others don’t much care for him for the very same reason.   But what if the differences in opinion about Donald Trump and his administration are a distraction?  What if we’ve become seduced by the lure of the quick solution to the degree that we’ve lost our ability to even ask “why”?  What if the issues that seem to be dividing us cannot be resolved by the selection of the next presidential messiah?

This introduction is by way of warning and hopefully will serve as a heads up for what you are likely to encounter should you choose to follow me.  My intent is not to impose my thinking or perspective on anyone.  It’s for this reason that I’ve moved some of my writing here.  One of the things I that I heard frequently as a child was that it was not polite to discuss religion or politics at social gatherings.  As I’ve aged I’ve come to believe that what was intended as good advice has actually contributed to our apparent inability to discuss emotional topics in a thoughtful, kind and empathetic manner.

In this forum you are free to interact with my thinking, my questions, my reflections and those who may choose to offer their own questions, responses, and reflections, you are also free to “unfollow” me if my thinking is too unsettling or offensive. It is not my intent to be offensive and I would ask that anyone choosing to add to the conversation do so in a polite and respectful way.

There ‘s a sweet kind of irony that I’m writing this introductory post on the day after Independence Day.