Question #1 – Can empathy be the answer to separation? 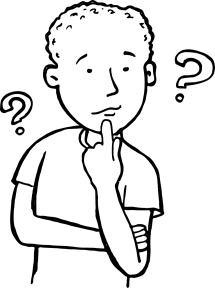 n my introductory post to this series, I shared that I found myself increasingly preoccupied with questions about who we are, who we are becoming, who do we want to be.  In this post I’m going to begin that exploration.   Today, I’m going to draw heavily on two essays by Charles Eisenstein. Why Charles Eisenstein you might ask (right after “who the hell is he?”)?  His essays will give you a pretty good picture. You can read them  here and here.

After reading his work and more about him, I decided to take advantage of an opportunity to attend a 3-day “More Beautiful World Gathering”.  The program was built around Charles book, The more Beautiful World Our Hearts Know Is Possible and was an expanded version of previous, smaller retreats led by Charles.  It was one of Charles’ first attempts to take his thinking and his successful appearance on Oprah’s  Super Soul Sunday to a larger audience (about 200).

One of my primary reasons for going to see Charles was that I was anxious to hear more about what he calls the “Age of Separation”.  I resonated with his thinking. While I have blogging and on-line community “friends” throughout the country and even outside of the US, I know only two of my neighbors even after a year of our move to this home.

This post will focus on what I sense to be a response to our increasing separation.

A few years ago when I was still actively consulting, I began to rely on the metaphor of “the story” to help communicate that we are in a time of significant change… change which has largely invalidated a story that many of us grew up with.  That story reads somewhat as follows…

If you follow a certain path conscientiously you will succeed in life. That path involved going to school, working hard, getting good grades, going to college, graduating, getting a good job, and enjoying a secure future (including retirement).  If you’re my age you heard this story fairly regularly.

In my consultant work for the past few years I shared that, although we are still sharing this story, for many young people today, the story is a lie or, perhaps more charitably, a fable.  You don’t have to be a Republican or Democrat, a liberal or a conservative, to accept that the “old story” is dead.  All you have to do to understand this on a very visceral level is know the parent of a child who has recently finished college, has accumulated massive debt, and can find no job in their chosen field.  All you have to be is a worker whose wages have been stagnant for several decades or a retiree whose pension no longer exists.  If the old story were still “alive” there would have been no need for the call to “Make America Great Again.

Whether or not we like it, we are now living in a time between stories.  And in that space we are growing increasingly isolated from one another… a growing sense of separation.  We see and hear obvious examples of the dead or dying old story.

While we grew up with a story that anyone could grow up to be a millionaire, and we read of stories about the Gates, Bezos, Musks, etc., we see increasing examples of people losing their homes to pay medical bills, we see decreasing longevity, high infant mortality rates, shrinking membership in the middle class and a growing concentration of wealth in the hands of a very few. It appears that we may be living the poorest wealthy country in history.

We appear to be in the process of writing a new story and this new story shapes up as an Age of Separation… a time when we have become increasingly separate from one another, separate from our institutions, and even separate from our planet.  I don’t think I have to dwell on that idea as I sense that, while we may not have used such a label, we have experienced a growing sense of such separation. While I have “friends” on Facebook, I don’t know my neighbors.

I imagine that, if we consider it for a bit, we each have stories about our own growing sense of separation, our own growing sense of distrust.  Can I trust big corporations like Facebook or Google with my personal data? What news outlet can I trust to provide me with accurate, factual information?   Do I sense that my elected officials (even those for whom I voted) are acting in my best interests?

What I like most about Eisenstein’s thinking and writing is that he is more than a chronicler of doom.  He offers options. The option he offers for separation is empathy.  Let me share a personal story…

Not long ago we needed some electrical work done on our “new” home.  The previous owner was great about leaving info about service providers and I contacted the person whose name the previous owner had written on the electrical panel.  The electrician arrived, did his work and then as we were settling up the bill, he approached me with a Hilary Clinton crying towel and the question, “Do you like Trump?” My first reaction was, “Oh, oh… back to the yellow pages.”

To avoid a clumsy ending to his visit, I shared that it was a bit early for me to judge his record but I was not comfortable with him as a person and his disdain for my values. Then I remembered Charles and his prescription… empathy… what is it like to be the other person.

So I invited the gentleman in for a cup of coffee and I asked him about his story.  While he certainly didn’t convince me to change my opinion of the president, he did help me understand why Trump seemed like a good choice to him.  We didn’t convert one another but I did manage to avoid a search in the yellow pages.  More importantly, I gained a respect for him and for the power of empathy.

I’ve realized that I am a notoriously slow learner.  I’m not proud of the fact that it’s taken so long for empathy to become a part of my working vocabulary.  My experience/epiphany hardly counts as a research study. Can you see empathy as an antidote for separation?  Can you recall (and share) some of your experiences with empathy (either on the giving or receiving end)?  My millions of followers would love to hear your experiences.

PS This isn’t about chest thumping.  You can share and still be humble.