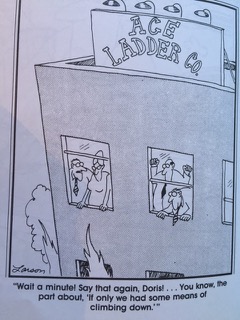 Note: This began as a note to the folks at Modern Learners explaining my lack of presence on our video calls during the past several weeks. It grew! It became a reflection of some big picture issues that I’ve connected to some fascinating experiences I’ve been able to enjoy during the past two month. I’ve included the first paragraph in this piece because I’ll still be sharing it with them.

I wanted to check in and affirm that I haven’t dropped out of the group. Over the course of the past several months, I’ve had the good fortune to be engaged in a number of thought provoking events, not the least of which has been my interactions with the Modern Learners Community. In addition to ongoing reflections connected with the readings, conversations and exchanges that you have made available, the universe appears to have offered me a number of additional challenging and thought provoking experiences.

The first of these was a weekend “gathering” of approximately 200 people who came together to spend time with Charles Eisenstein whose writings and reflection struck a very responsive chord in me. His descriptions of the death of an old story and of our current time as an “Age of Separation” have become a kind of introduction to a body of thinking that has been poking at the edges of my mind for some time.

Charles speaks of the interconnectedness of things and our need for the recognition of this reality. His description of our age as a time of separation from individuals, separation from our institutions, and separation from our planet gave voice to concerns that simmered within me without a name or framework. It has also awakened me to see the increasing number of articles which, although sometimes using different vocabulary, seek to call attention to society of increasing fragmentation, tribalism, and isolation.

Charles speaks of the need to consider a different approach to the change process… an approach which moves away from the exhortation to adopt specific changes to the work of creating spaces where change can occur… not specifically the changes that I would “suggest” but those which come from the hearts of those freed by the opportunity. This spoke powerfully to me as I could easily recall a list as long as my arm of change initiatives which someone thought would be good, which were more or less mandated, and which faded quickly when replaced by the next “good” initiative.

But Charles wasn’t done with me. He offered a path to interconnectedness. He offered the path of empathy. The path of asking, in the face of opposition, “What must it be like to be that other person?” What has their life been like/what is their life like that has brought them to resist what I find so right?

He is best known for his book The More Beautiful World Our Hearts Know Is Possible and for his appearance on Oprah after his publication in 2016 of an essay entitled “The Election: Of Hate, Grief, and a New Story”. His most recent work, Climate, A New Story, is now available.

Not too long (less than a month) after my experience with Charles, I ventured once again to the Hudson Valley for another program… this one a retreat facilitated by Jon Kabat-Zinn and his son, Will. This was a 5-day program in Mindfulness entitled, “The Way to Awareness”.  Kabat-Zinn  is widely recognized as a world leader in the development of mindfulness practices. This was a gift from my wife (which I suspected might have been a thinly veiled suggestion about my somewhat intense focus on fixing the nation’s schools). This program, too, had attracted about 200 or so participants who all seemed to have much clearer senses of purpose for attending than I.

When asked to reflect on our/my purpose for attending I reflected on the impact of a little book given to me by my good friend, Tom Welch. The book written by Clark Aldrich is entitled, Unschooling Rules: 55 Ways to Unlearn What We Know About School and Rediscover Education. In it Aldrich posits that there are really only three types of learning that are critical for our children: learning to learn, learning to do, and learning to be. In visiting, assessing and supporting schools throughout the country for more than 10 years I saw that the third “learning” (learning to be) was largely absent or, at best, only unintentionally developed. I realized that part of my rationale for attending was to see whether or not mindfulness had a place as a way of helping our kids learn how “to be”. As I reflected on this during the next meditation session, I realized that I, too, was struggling with how to be…how to be in a world in which elected leaders seem determined to reject all of the values that I had grown up taking for granted.

Perhaps the most lasting impact of the retreat, though, was the realization that here, just like at “the gathering” with Charles Eisenstein, was a group of people searching for a response to the end of a story. Whether it was Charles offering a vision of a world of interconnectedness… interconnectedness with people and the living world around us… or Kabat-Zinn offering a practice of increased awareness of our actions and their impact, there was a powerful sense of “not aloneness”. It is this “not aloneness” that may be the greatest gift of the Modern Learners Community and others whose work seeks to dismantle separateness and offer connectedness as a better way.

Finally, and from deep in left field, I discovered via Medium, Umair Haque. Haque is listed among the world’s foremost keynote speakers, has written extensively for the Harvard Business Review and has authored a number of books. His primary field of focus has been economics, society, and human development. His essays, both current and archived, are published through Eudaimonia and Co.  His book, Betterness, Economics for Humans, suggests that much like education, we are struggling to unlearn a paradigm that no longer serves us.

And here is the intersection. In describing the business paradigm, Haque unintentionally offers a description of the education paradigm that continues to govern (and limit) the possible. He writes:

“So little have the components of this paradigm changed over the decades, that most of us see them not just external fixtures of the landscape, but as the landscape.”

Assume for a moment that Eisenstein’s concepts of ending stories, an age of separation, interconnectedness, empathy, and the creation of space for change are right-headed. That Kabat-Zinn’s connection of mindfulness practices and the power of collective consciousness leads to increasing awareness of our thoughts and motivations. And that Haque’s thinking about moving beyond outdated (and counterproductive) paradigms is right on. How does the intersection of these thoughts from the world beyond the walls of the school impact what we do for kids?

The old story of education is dead. The old formula of work hard, do well in school, get good grades, score high on the SAT’s/ACT’s, get into a good college, graduate and get a good paying job ensuring a secure future may work for the sons and daughters of the wealthy, but for the majority of working class Americans, it’s dead! We are in a time between stories. We are in a time of writing new stories.

While it may be beyond our pay grade to write new stories for the economy, for health care, for tax reform, etc., it is we as educators, whether we are school leaders or classroom teachers or district administrators, to create the emotional spaces in our buildings, classrooms, and districts where new stories of learning can be written. Taking a page from Jon Kabat-Zinn, how aware are you of your thoughts about creating safe spaces for change, for new stories? Of your own role in creating such spaces?

8 thoughts on “The Space Between Stories”